Bodegas Martínez Lacuesta was born in Haro in 1895, and in 1902 was transferred to Calle Ventilla 71, where it remained for 107 years and there is one of the cellar's wine named after it .

The Martinez Lacuesta brand was registered in 1908 and the Campeador wines in 1916, both constitute the essential heritage of the cellar. The elaboration of vermouths by this cellar is done in an artisanal way based on Riojan wines, plants and aromatic herbs, a recipe that is still used nowadays, applying new techniques to improve quality.

To celebrate the 100 years of the cellar, 10,000 bottles are produced every 5 years of the Féliz Martínez Lacuesta wine made with Tempranillo, Garnacha and Mazuelo grapes.

In 2011, the design of the new cellar began, which entails the adaptation of the cellar to the new trends in wine tourism.

The harvest is done by hand in the month of October, during fermentation at a controlled temperature in wine it released the gas bubbles. The passage of wine from one barrel to another is done by gravity to favor natural filtering and aeration.

The aging of the wines lasts several years and takes place at 13ºC. After the malolactic fermentation. The aging takes place in a room of 6,000 square meters with around 7,000 barrels of American and French oak.

Noteworthy are some of the most important vintages of the cellar: the vintage of 1964 are preserved with the labels of the range traditionally produced by the cellar. The 1982 vintage marked a before and after in the cellar and Rioja wines, about 200 bottles are still preserved in the cellar. The years 1994 and 1995 were described as excellent and were precursors of a new trend and modern Rioja wines. 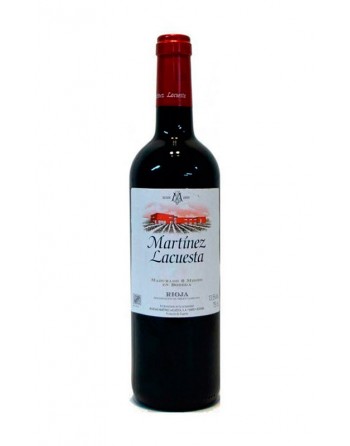 Martínez Lacuesta Crianza 2018 remains faithful to all the attributes of the brand, resembling a very fresh and fruity wine to chat on any occasion.

Martínez Lacuesta, founded in 1895 in Haro, is one of the classic cellars in La Rioja, although since then, it has not stopped modernizing its facilities. 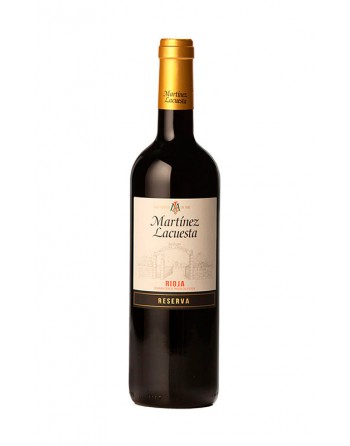 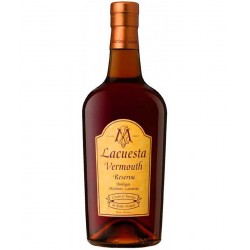 Vermouth Lacuesta Reserva was created by Félix Martínez Lacuesta (Haro, 1873-1922) founder of the cellar, and first president of the National Association of Wine Growers and Industries of La Rioja.