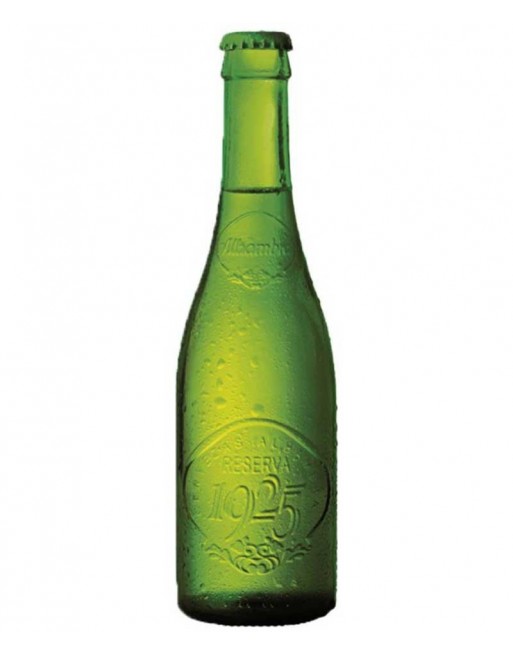 Alhambra Reserva 1925 is the reinterpretation of the Pilsen Bohemian style and inspired by Czech Ambar lager beers.

In 1925 two experienced entrepreneurs of the brewing world came to Granada with the dream of opening a beer factory, an idea very well received by the people of Granada that took place a year later, inaugurating the Cervezas Alhambra SA factory.

Notify me when available
International: We ship all over Europe, contact us for shipping costs or any further information required.

Returns: You can return your purchases with a simple call or email, whether the wine is not in perfect condition or if you simply change your mind about your purchase.

Commitment : In En Copa de Balón, we want all our customers to be so happy that they recommend us to their contacts.
Customer Service live chat: In our chat, we solve your doubts, you can make all the queries you want, both about the use of the page and about our products

Contact: If you want to send us an inquiry by e-mail, you can fill out the contact form and we will respond quickly.

Alhambra Reserva 1925 is made with the variety of hops 'Saaz', one of the most exclusive in the world. Its taste with moderate bitterness and a slight sweetness doesn't leave anyone indifferent.

Buying Alhambra Reserva 1925 in En Copa de Balón is easy, convenient, and with the guarantee to get the best beer at the best price, and in perfect condition.

Check out these similar selection